Q: I just purchased the product tonight and was testing it with three movies from my iTunes library but get nothing but a green screen shows when the files are converted and played using QuickTime Player. - From Liam

Q: I am trying to convert my iTunes movies into MP4 with your software and only the audio is converting, no video. Thoughts? It seems like all it is doing is extracting and compressing the audio, because the mp4 file size is 106 mb. This is a 1080p movie that is over 7 gb. - From Jon

ViWizard iTunes DRM Removal for Mac is so hot. It attacts many consumers as soon as we listed it on our website. But problems always come with the new popular product. In the first version 1.1.8, many users send feedbacks to us which said they can't get the video in the output MP4 format, only audio track converted. How sad to hear that!

The ViWizard verdor should also receive such feedbacks and claims. They announced the version 2.0.1 release soon and also sent us OEM version. It's so sweet service.

It's said that this serious problem happened on some new Mac devices only. Apple had made some update on the Fairplay DRM algorithm for the new devices.So it's different to remove iTunes DRM on old Macs and new after 2012.

ViWizard iTunes DRM Removal application for Mac 1.1.8 was released on July 14, 2014. With revolutionary and unique function, it attracted many attention from users and software review sites.

Main Features of ViWizard for Mac 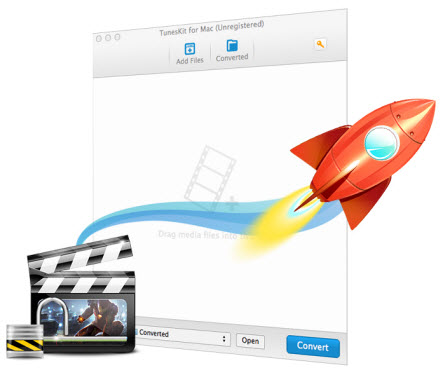