Home > Topics > What Can Plex Do

What can Plex Do for Us? 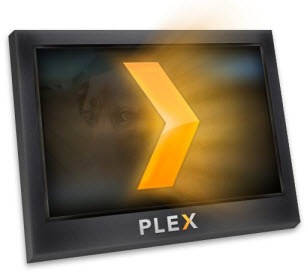 Plex is designed to organize videos, music and photos from personal media library and stream all your medias to smart TV, iOS& Android devices, and stream boxes, like Chromecast, Roku and Amazon Fire TV. With Plex Media Server, you can get a large choice of different channels, like Netflix, Youtube, Vimeo and CNN etc. Just click to play inside the Plex. This powerful media player software also provides cloud service for users, for example, you can backup all your media content to Dropbox, Box, Google Driver, Copy and Bitcasa.

With Plex Media Server, we can simply watch the Youtube videos, Vimeo videos on HDTV though these stream boxes. By removing DRM from iTunes movies or Amazon videos, you can also stream these DRMed videos to Chromecast/Roku/Amazon Fire TV via Plex.

Stream Videos From Computer to Mobile Devices via Plex

To sync the video content to your iOS devices, you have to make sure your iPad/iPhone/iTouch are in the same WIFI network with the computer. Then you can find the device in the Plex Media server.

The Plex for Xbox One and Xbox 360 apps are currently available to Plex Pass subscribers. To use it:

* Browse for the Plex app and select it. The app will download automatically.

*In the app, use the PIN code to pair your Xbox Live account with your Plex account.

Sync Videos to PSP/PS4 via Plex

The PSP game consoles can also access your media shared via Plex, including PSP/PS3/PS4. The PlayStation 3 supports quite a few more formats for Music and Videos than the Xbox 360 does, including iTunes purchased music.

* How to stream iTunes movies via Chromecast?

* How to convert iTunes M4V to MP4 format