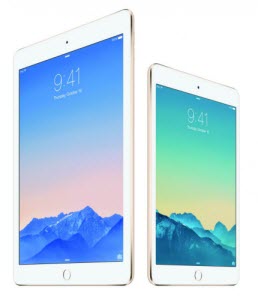 iPad Air 2 is the sixth-generation iPad tablet designed and developed by Apple. This new iPad air was released on Oct. 16, 2014. It was thinner and faster than the old iPad air.

iPad Air 2 is faster and thinner with A8X chipset and different CPU core. In addition, it includes an improved 8-megapixel (3264×2448) rear-facing camera with 10 fps burst mode and slow motion video at 120 fps.

Of course, it's not perfect for many old iPad air users, because most of them thought that there was no big change in the new iPad air 2. And to many editors' opinion, that is true. The bettery life is the same. And the audio playback via speakers makes the thin metal body resonate more than before.

The iPad Air 2 was released with the new iOS 8 and includes a version of Apple Pay with the in-store NFC functionality removed. The included Touch ID sensor allows the user to pay for items online without needing to enter the user's card details.

The Bad: Battery life could be better. 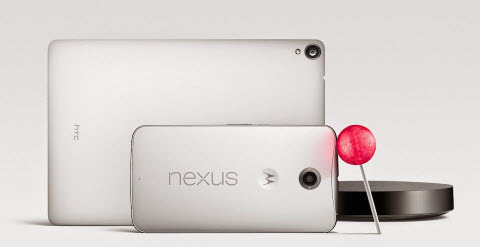 As the first Android 5.0 tablet, The Google Nexus 9 performs steadily with many apps open, and switching between them is fluid. Its streamlined construction has a deluxe, comfortable feel.

Many apps are not compatible with Android 5.0 yet. The Google Nexus 9 is slow to charge as well. The largest capacity model offered is 32GB and there's no microSD card slot.

Learn how to watch iTunes movies on Google Nexes 9 >>

* How to watch iTunes movies on Samsung Galaxy ?

* How to Watch iTunes movies with Anroid Mobile?