How Stream Box Works in Our Home Theater System? 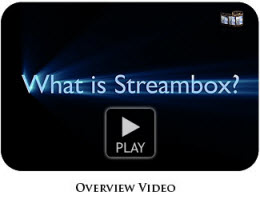 With the rise of excellent streaming-media services like Netflix, Amazon Instant, Hulu Plus, Vudu, and Pandora, stream boxes are more and more popular nowadays in our home theater system. With a stream box, we can easily watch many popular online TV channels on HDTV with big screen. We can also stream local medias from computer or mobile devices to HDTV. Here we want to pick some top selling stream media boxes for you and give you a simple review. The most popular media stream boxes are Apple TV, Roku, Chromecast and Amazon Fire TV.

Apple TV is the best companion of iTunes media content. So if you are an iTunes movie lover, Apple TV is the best choice. You can stream all iTunes downloaded movies/TV show episodes to Apple TV from your computer or your iDevices. The airplay function of Apple TV is awesome. However, content from other mobile devices are not supported. And there are fewer apps supported by Apple TV.

To my opinion, the disadvantage of Apple TV I really don't like is that it always push you to buy content from iTunes store. Any media content from other online retailers like Amazon instant video or Vudu are not supported in Apple TV.

Roku is also a popular choice for consumers. The advantages of Roku are that you have multiple choices on the hardware model and price. The current model including Roku 1, Roku 2, the Streaming Stick and Roku 3. Roku 3 is the best seller and the flagship one of Roku. In addition, you can get many Apps from a Roku, like Netflix, Amazon Instant, HBO Go, Hulu Plus, Pandora, Spotify, Rdio, MLB.TV, NFL Now, Amazon Cloud Player, Vudu, PBS, TWC TV and Youtube.

Of course, there are also some disadvantages. The first one is about airplay function. Roku is not a true airplay device. Youtube and Netflix are currently supported. It's not nearly as widely adopted as on the other boxes.

Related Topic: How to stream iTunes movies to Roku 3>>

The first impression of Google Chromecast is cheap, small and simple. Chomecast may be the cheapest media stream box on the market. And it's only a stick to plugin your TV, which looks like a USB device. Chromecast also has major Apps covered, like Netflix and YouTube. It now works well with HBO Go, Hulu Plus, Pandora, Google Music, Plex, Vevo, MLB TV.

But it's also not perfect in some aspects. Firstly, Chromecast doesn't have a true TV-based user interface. Everything is controlled through your smartphone or tablet. It's not so convenient as other media stream boxes. Secondly, the app use is not some perfect as Roku. Thirdly, there is no cross-platform search with Chromecast.

Related Topic: How to stream iTunes movies to Chromecast? >>

Like Apple TV to iTunes video, Amazon Fire TV is also a perfect stream box for Amazon content. It can load amazon content with the fastest speed. And with this smart box, you can search it in voice, speak out what you want, then it gives you the result immediately. The voice search is really an exsiting development. Amazon's Fire TV store is loaded with games that were originally designed for phones and tablets, and the box allows you to play them on the big screen.

Something will make this stream box not so perfect is that Amazon Fire TV will also push you to Amazon content. You will always see Amazon instant video front or in the center of the screen. Besides, it's lag behind of Apps. Amazon Fire TV support less apps than above boxes.